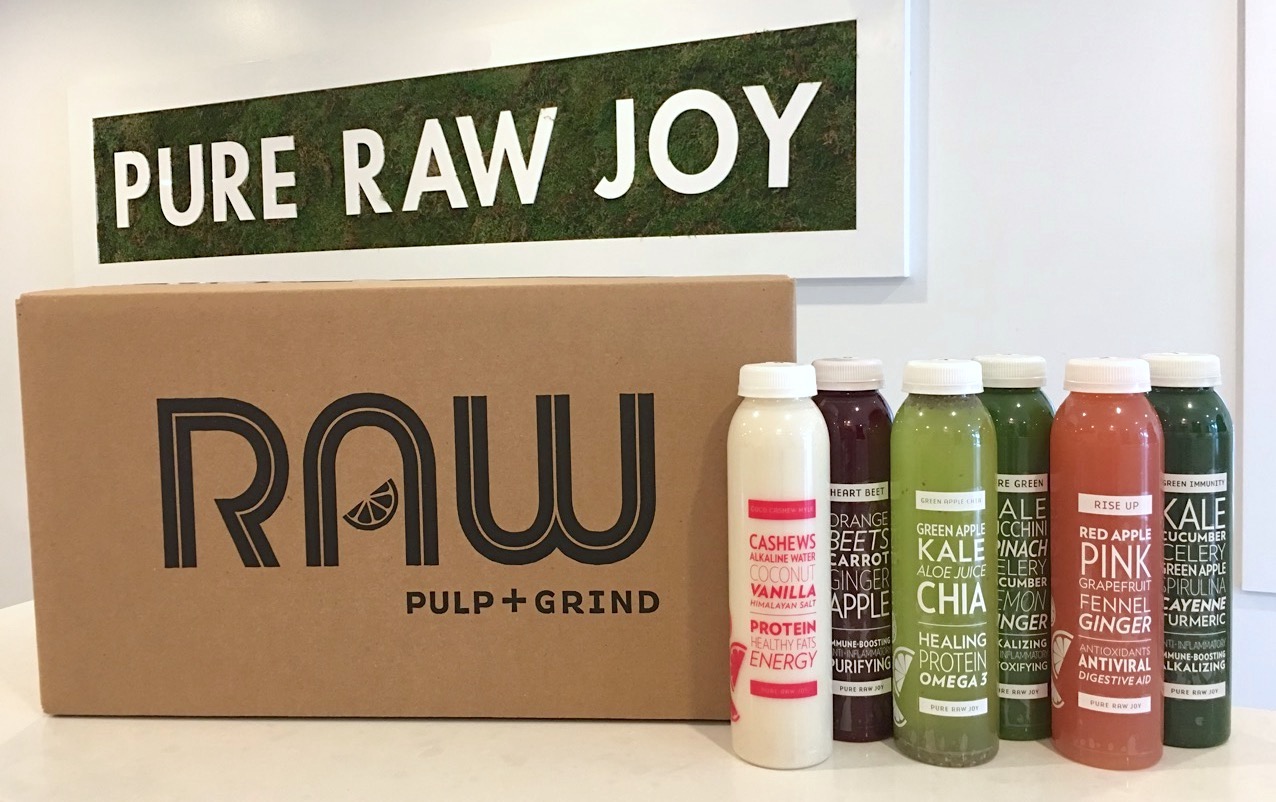 What’s the cleanse and why did I decide to do it?

If you haven’t heard of a juice cleanse before, it’s a popular way to detox your body. By only consuming liquids, it allows your digestive system to rest and begin to heal. I’ve never tried one before so I thought this would be a great opportunity to see what the hype is about and do a little spring juice cleanse to detox. There are so many different juices cleanse options and companies, but I’ve heard great reviews from the one at Ottawa’s local Raw Pulp & Grind, so I decided to go with that one! A few people from my office have tried it and said they feel amazing after so why not? It’s 5 juices + 1 nut milk every day for 3 days with NO food consumption! Admittedly, I thought it was a little pricey. Taxes in, it came up to $180 for the three days, which is about $10 a bottle but I made the most out of it!

My friend and I decided to try our first juice cleanses together to keep each other accountable and better track our progress. We knew the cleanse wouldn’t be easy, so a week leading up to the cleanse, we started intermittent fasting, cutting down portions along with most dairy, caffeine and meats to help with the juicing cleanse. We were texting each other every meal and everything we were eating to keep each other accountable (extra, I know). The day before the cleanse, I felt amazing and thought it would be no problem at all to not eat for the three days.

I started the cleanse on a Sunday, a really busy Sunday with an open house I might add, which probably wasn’t the best idea. But I felt great and had lots of energy, I even had energy in the afternoon when I’d usually need a nap. Once I got home around 7:30 PM I literally just laid in my bed and thought about tacos for 3 hours until I fell asleep though. I normally don’t eat junk food too often but I was so hungry and CRAVING fast food and anything BBQ.

The second day went much better, most people say the 2nd day is the hardest and they notice side-effects such as headaches and migraines. I really do think that the pre-cleanse is important and helps the whole process. I learned from day 1 and drank a lot of other fluids, teas, and especially coconut water on the second day and that really helped keep me full. Towards the evening I did start feeling very hungry and craving food again. The coconut cashew milk is the last drink of the day for the juice cleanse and in my opinion, tastes awful so instead, I had a spoonful of raw nut butter. The milk is supposed to be “satisfying” and keep you full before bed so I figured a high-fat butter should be a good substitute.

Ah the last day! I honestly thought the whole experience would have been an easy walk in the park, but boy was I wrong! It took a lot of will power to not eat the cookies at my open house. It was a great experience and definitely rewarding at the end. I felt mental clarity, refreshed and full of energy. TBH if I would do it again, but I would recommend trying it at least once to see how your body reacts and learn from it. I learned that I should continue with the intermittent fasting, and maybe cut out breakfast to have two high protein meals instead to have higher performance and more energy throughout the day.

They recommend slowly easing into food after the cleanse by starting with smoothies and soups, but y’know, my first meeting the next day was at Host India so it is what it is.

Get Your Home Ready for Spring in 3 Steps!

Follow these three tips to get your home spring-ready for a...
Featured

February rewind: The photo above is from a short trip...
Featured

Business Excellence Awards As some of you may know, I'm...

Are you subscribed to my newsletter?

It’s like a blog, but it’s emailed to you monthly in nice, bite-sized pieces containing all things Ottawa!